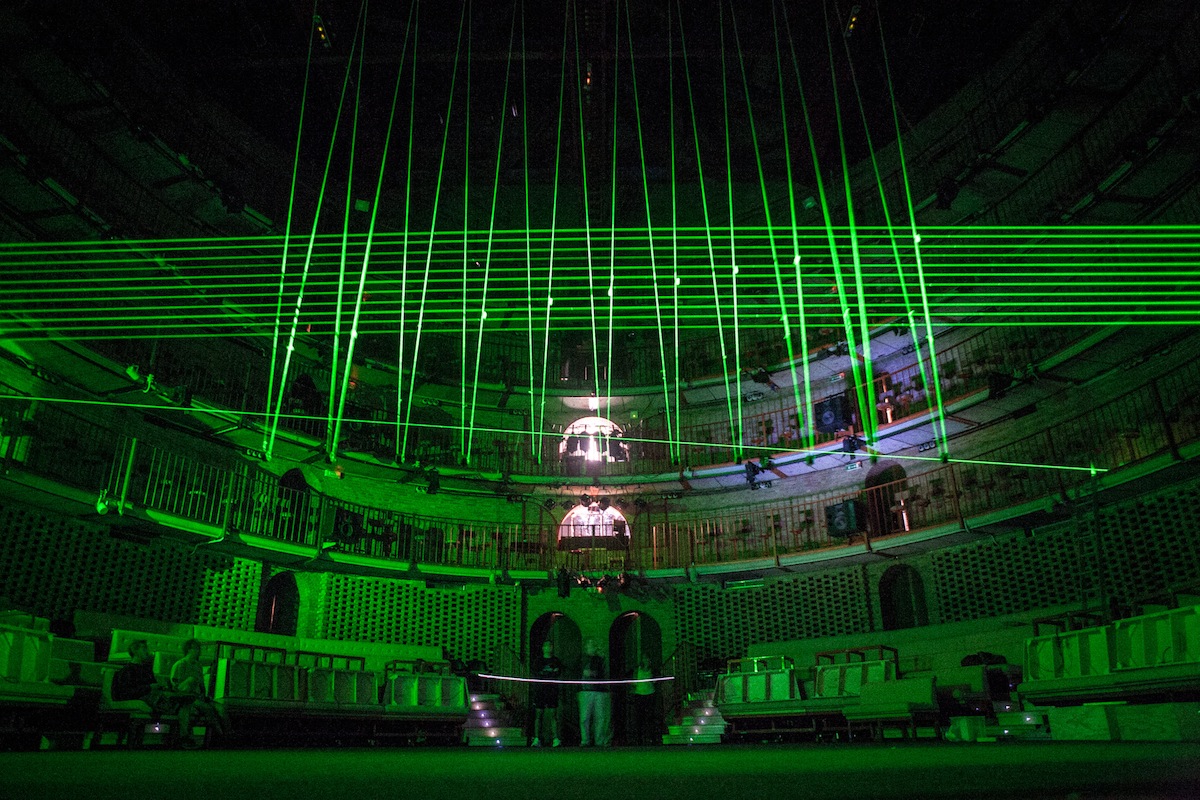 Science historian George Dyson writes: “humanity has put into operation the first computer, a digital universe made up of only 5 KB of memory, the equivalent of half a second of MP3 music“. It’s the Big Bang of the digital universe, a system in which human time and the time of the machines intersect and give rise to the complexity of information in continuous and fast expansion in which we are immersed every day.

In this scene the Big Bang and the relationship between digital Turing and time, Kronos, take shape: in the multiple representations, human and machines time, analog and digital, historical and life urgencies, collective time and private time.

The laser pendulum, through optical sensors connected to computers and laser light, produces sound effects and mathematical harmonics, time oscillations and sound and visual waves that interact and accompany the temporal path of Turing and the movements of the actor. The musical composition starts from the sound of the 56k modem, which represents, in the collective imagination, the entrance to the era of the Internet.