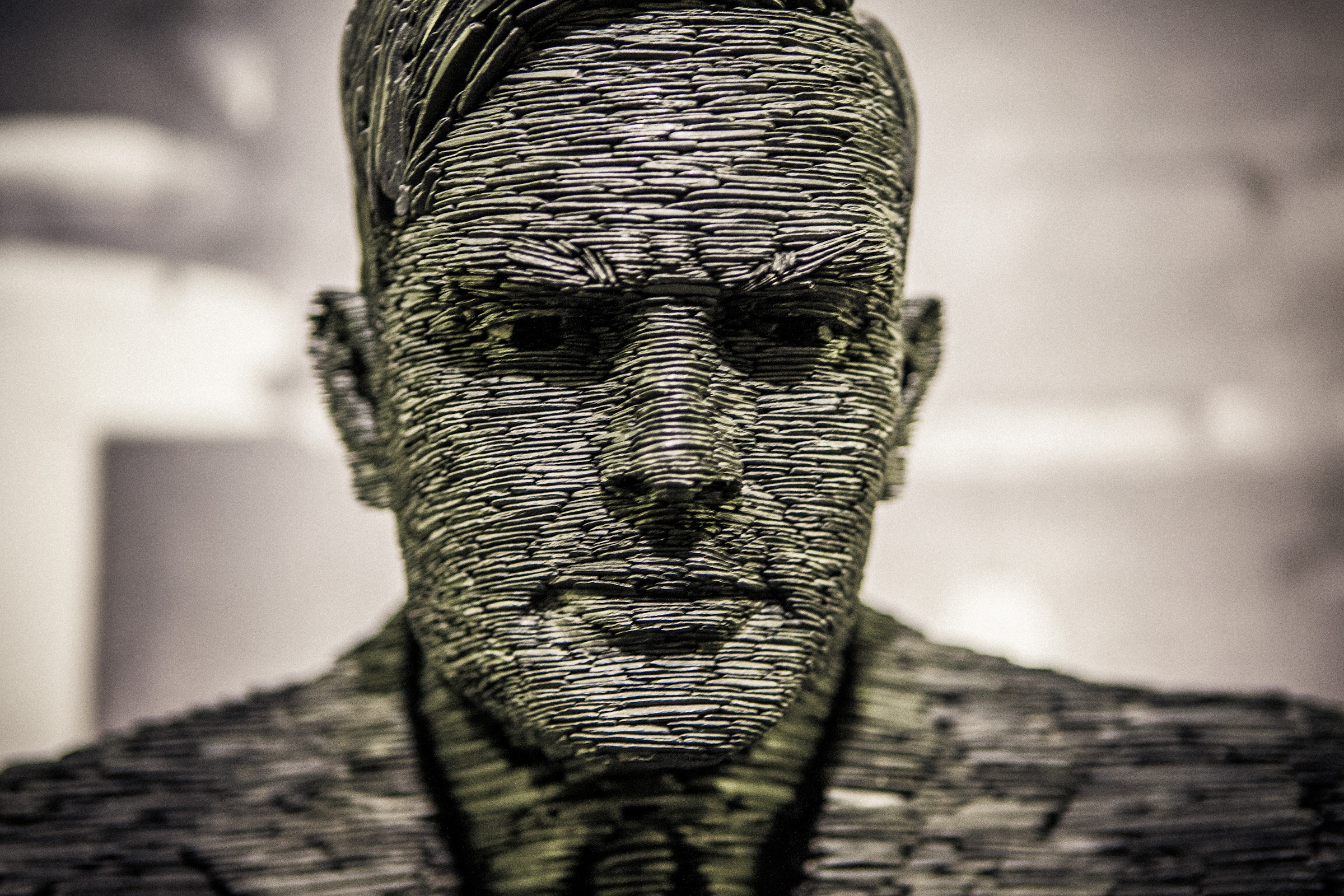 I am both bound over for a year and oblie to take this organo-therapy for the same period. It is supposed to reduce sexual urge whilst it goes on, but one is supposed to return to normal when it is over. I hope they’re right. The psychiatrists seemed to think it useless to try and do any psychotherapy…
Alan Turing, letter to Philip Hall, April 17th,1952

In 1952, Turing went to the police to report the robbery by a friend who he hosted in his house. From this complaint, the British authorities came to the conclusion that Turing usually entertain homosexual relations and arrested him. He was tried, convicted of lewd act with a male person and sentenced to be subjected to a hormone treatment.

On June 7th, 1954 Alan Turing was found dead, poisoned by cyanide of potassium.

“The Queen versus Alan Turing”, with the reading of the sentence, the action begun under previous scene continues. An avatar, twin of Turing and inhabitant of the digital universe, gives images to the physical and emotional effects of the hormone treatment on the body of Turing.

The actor leaves the stage, the breathing of Turing continues, death is represented by a group of music and video in a narrow process of interrelation. The sounds produced by an organ, in particular those of the time of the emptying of the tubes, reworked in electronics, fill the tubes, represented on the screen, up to the time of exhalation, displayed with the emptying of the tubes. On the screen appears a brain, a symbol of what Turing left us: the primordial breath of today’s digital world.

Michael Smith writer and giornalist, is the author of the bestseller The secret of Station X  on the story of Bletchley Park. He spent ten years in the British Army’s Intelligence Corps, he left the army and joined the BBC Monitoring Service. He then moved to the Daily Telegraph where he worked as a desk editor, news reporter and defence correspondent before becoming defence editor of the Sunday Times. He wrote a number of other best-selling books.